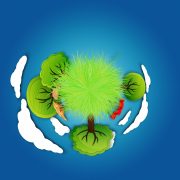 #planet1st is the motto of the first students’ climate summit to take place in the cinema complex “Filmwelt Lippe” in Lage. Students from year 8 on (i.e. 14 years and older) will meet  to discuss global climate change and its consequences and prospects on Wednesday, February 1st, and Thursday, February 2nd 2017. The programme will start at 9 o’clock and will be moderated by 14-year-old Emily Kreft and 16-year-old Florian Lempke, both students at local schools. These two will lead the students to the world of renewable energies and ask experts for advice on how to protect planet Earth. Panel discussions and experiments will involve the students into the topic and are focused on the understanding of its significance.

#planet1st is an allusion to Trump’s campaign #Americafirst. With the new decisions made by Trump in the White House, the question occurs what will happen next. Even the first days with Trump as president have shown his drastic approach to global matters. After the abolition of Obama Care he is planning further steps that put climate scientists into anxiety. During his election campaign Trump announced his will to leave the Paris Climate Agreement. This reveals his antipathy to questions of climate protection. He made up an America-first-energy-programme that puts American interests before global climate goals. This programme disregards all factors about climate change. Obama Climate Action and US-Water-Regulation are reversed. Trump’s intentions are to maximize American resources and to become independent from other countries. He aims to revive the coal industry and create new job chances for Americans by mining gas. America is first to him. Trump “wants to make America great again”. Global climate change does not seem to be relevant for his politics. By spending less government money to the ministry of environment and on the research of climate change his attitude concerning the maintenance of planet Earth is revealed. He would like to reintroduce off-shore oil drilling and within that stop limiting the production of oil and gas. The former success in America’s participation in climate agreements now seems to be thrown overboard.

The latest developments in the US make people afraid. What else will the new president change? Even today the USA are the country with the biggest ecological footprint (see chart). On average, America produces a three times higher amount of greenhouse gases per head than global standard. According to a report from “Die Zeit” about 6.5 giga tons of greenhouse gases are emitted by the USA in comparison to a whole of 37 giga tons worldwide. 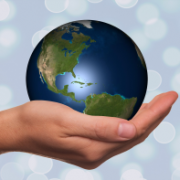 The 1st Students’ Climate Summit sets an example in sustainable education. It is intended to show students ways on how to protect planet Earth. Trump’s politics are used as a negative sample that stoke fears among people all around the world. #planet1st points out that there is only one thing that has to stand first, planet Earth. You can follow #planet1st on social media like Instagram and Facebook. The hashtag was chosen because it is new in this form. The figure 1 in #planet1st indicates that there is only this one planet for intelligent life that must be protected. With the help of this hashtag we oppose to Trump’s #Americafirst. The students will turn against Trump and demonstrate “Mr P., you are wrong.” All over planet Earth must stand first and not America. #planet1st shall become a symbol.